By Lisa Goldberg on December 3, 2019 in Festivals and Holidays, Recipes

The Festival of Fried Food

The festive season has always been an interesting time for us, a time where Christmas (well, the Christmas ‘season’ more than Christmas itself) and Chanukah coincide. We do enjoy the traditional Christmas foods – the plum pudding, Christmas cake and (our favourite!) mince pies but it is really the simple Chanukah ‘latkes’ that win the family over every year.

Chanukah, sometimes called the ‘festival of light’, starts on the 22 December this year.

It commemorates the miracle of the oil back in the time of the destruction of the first temple (around 165 BCE) when there was only enough of the ritual oil to light the sacred candle for one day, but miraculously it lasted for 8 days – until the oil was able to be replenished. To celebrate this miracle we light the special candelabra (chanukiah).

Like we do for many of the Jewish festivals, we celebrate by eating a particular type of food. We love how it is always about the food! This time it is food that has been fried in oil. It is certainly not the festival to be avoiding fried foods! In our family, we make potato latkes (small potato cakes, like roesti) and jam (jelly) donuts. We have the most AMAZING recipe for cinnamon sugar doughnuts in The Feast Goes On.

But latkes (potato pancakes) are not only made over Chanukah. In fact, we make them in the weeks (errr…months) leading up to Chanukah…just to practice, and because we absolutely adore them! We eat them just with a little salt, or with smoked salmon. It has now become a family favourite to eat them salmon pastrami (recipe in The Feast Goes On) and horseradish creme fraiche.

This recipe is from our second book, “The Feast Goes On“ 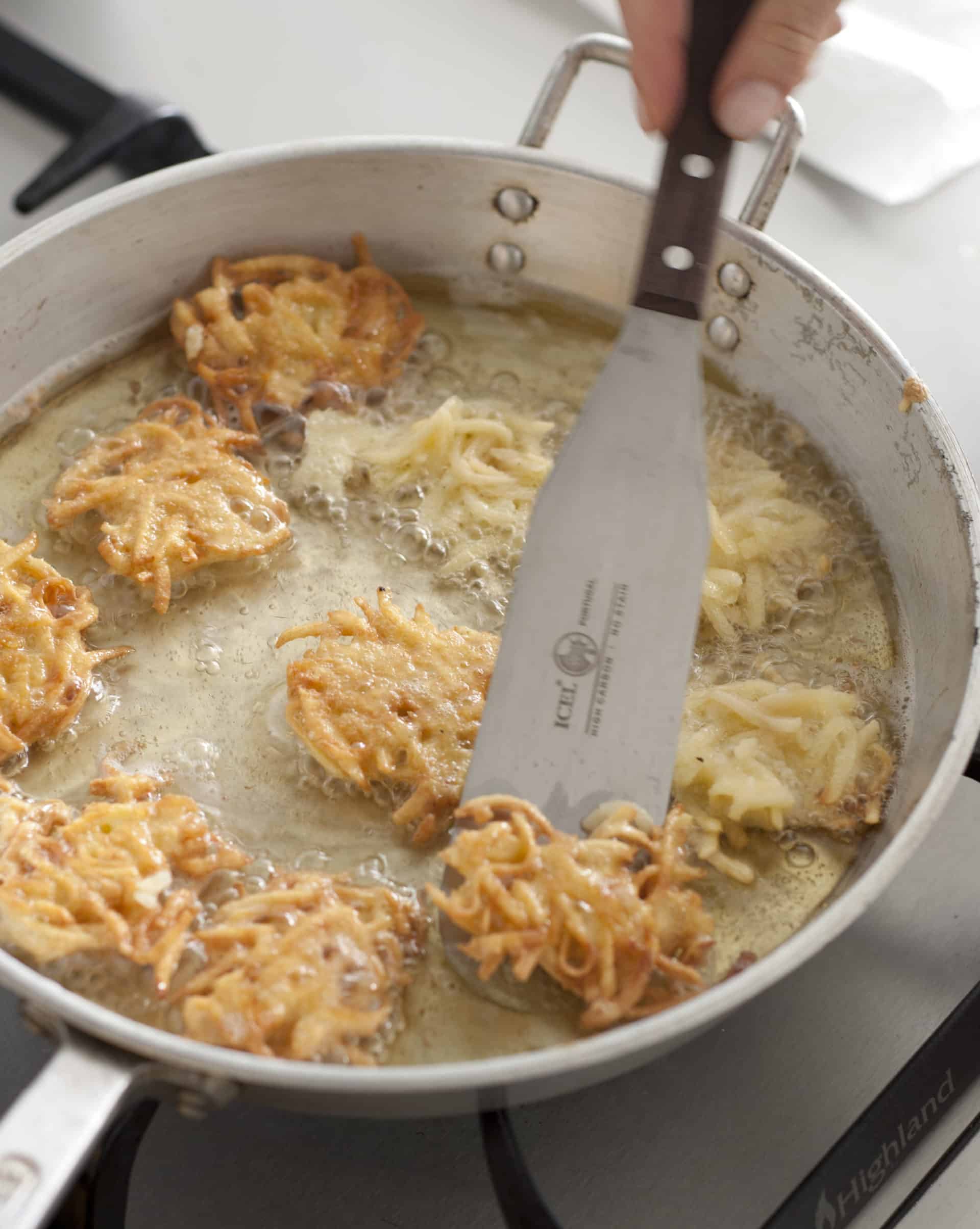 Lisa is now happily entrenched in the Monday Morning Cooking Club as Chief Pot Stirrer, a delicious change from starting professional life as a solicitor. It has been such a joy for her since 2006 to be with this truly amazing bunch of gorgeous women to produce and publish three extraordinary cookbooks. She is a fresser with enormous (and sometimes unbridled!) passion for food and cooking. She hangs onto the part of Jewish culture which embodies the saying ‘it’s always about the food’. This project has changed her life and pushed her obsession with food to a whole new level.
View all posts by Lisa Goldberg →

Sign up to the Monday Morning Cooking Club newsletter to receive up-to-date news, recipes and all things delicious!

Looking for something in particular ? 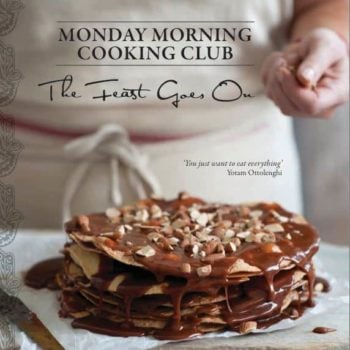