BBQ Salmon with a Fresh Herb Salad (and a Story) 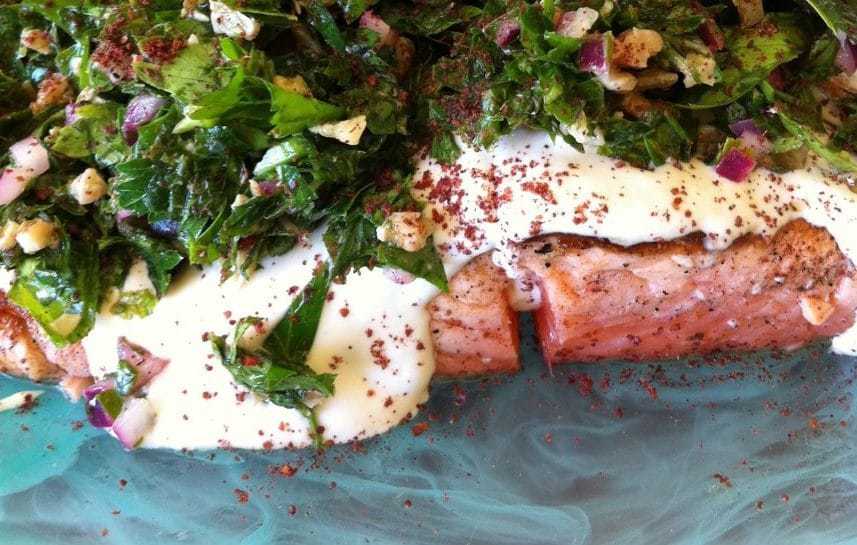 A Story and a BBQ Salmon Recipe, inspired by Greg Malouf and Food Safari

It is my current absolute favourite salmon dish, and my family has eaten it non-stop for the past (almost) couple of years.

When we first started the Monday Morning Cooking Club, and began searching for those best tried and tested recipes from the best cooks in Sydney’s Jewish community, we were SO SO SO excited to be included in the ‘Jewish’ episode of SBS’s fabulous ‘Food Safari’. Maeve O’Meara’s Food Safari is a wonderful show in Australia that showcases the recipes and food heritage of many different and often eclectic cultures. Maeve visits chefs, home cooks, bakeries, shops and much more and takes viewers on a journey around the world through the eyes and lives of many culturally diverse Australians.

So we were on the TV show, and watched with enormous excitement as we enjoyed our 2 minutes of fame. Well, almost 2 minutes. But, hey – it was better than nothing. And we had a great time with Maeve and her crew who spent the whole morning in our MMCC kitchen as we cooked many different dishes and then sat down with us at the end for quite a feast.

We are now very proud of the Food Safari Clip, and love to watch it to really see how far we have come from those days when all our recipes and photos were simply a bunch of papers spread out on our dining room table!

Here’s a pic of us with Maeve on the day of filming. Ok ok . . . I am getting to the salmon story. A couple of years later, Maeve put together many of the wonderful recipes that she sourced on Food Safari (one of which is our own Merelyn’s outstanding cholent) and created the beautiful Food Safari cookbook. We decided that the six of us should be there at her Sydney book launch.

Yes, we are getting closer to the salmon part of the story.

We do love a book launch, particularly a cookbook! So we went along, and guess what they served us for lunch? The MOST OUTSTANDING AND UNFORGETTABLE salmon dish we had ever had. It was Greg Malouf’s Tarator-Style Salmon. Tender, soft, translucent salmon topped with a dressing and salad to die for. The very next day I made it for my family.

It was declared a winner.

Most of the time I follow his simple method of baking the salmon in the oven, seasoned with salt, pepper and olive oil and then wrapped like a parcel in baking paper. I will either cook 2 whole sides one on top of the other (skin on the outside), or cut a whole fillet in half so I create a double layer of salmon. For rare salmon, I cook it at 150C/300F for 20 minutes on one side and 15 minutes on the other, and then allow it to cool off the tray out of the oven until it reaches room temperature.

In the summer months, I cook the salmon on the BBQ. I leave out the coriander/cilantro (husband hates it) and replace it with parsley, I don’t bother toasting the walnuts (shortcuts!) and make loads of salad and pile it up high. What a dish! And it is wonderful for lunch the next day.

The original recipe can also be found on the SBS website.

Did you love this post?  Click here to sign up for our free monthly newsletter featuring our latest recipes and news from the MMCC girls in the kitchen.

Do you know that we give 100% of our profits to charity?

Lisa is now happily entrenched in the Monday Morning Cooking Club as Chief Pot Stirrer, a delicious change from starting professional life as a solicitor. It has been such a joy for her since 2006 to be with this truly amazing bunch of gorgeous women to produce and publish three extraordinary cookbooks. She is a fresser with enormous (and sometimes unbridled!) passion for food and cooking. She hangs onto the part of Jewish culture which embodies the saying ‘it’s always about the food’. This project has changed her life and pushed her obsession with food to a whole new level.
All Posts

Open
In 'Now for Something Sweet', we've combined some

Open
NOW FOR SOMETHING SWEET.⁠⠀ ⁠⠀ The strudel

NOW FOR SOMETHING SWEET.⁠⠀
⁠⠀
The strudel that many of you Sydney folk have been craving for a while now.⁠⠀
⁠⠀
THAT cherry strudel.⁠⠀
⁠⠀
From THAT Gelato Bar. Yep, this is it.⁠⠀
⁠⠀
In STORES in 1 WEEK.⁠⠀
⁠⠀
You can now pre-order the book through our website and we will happily sign your copies. Link in our profile.⁠⠀
⁠⠀
⁠#mondaymorningcookingclub #newbook2020 #harpercollnis #heirloomrecipes #homecooking #itsalwaysaboutthefood #MMCC #nowforsomethingsweet #NFSS #alanbensonphoto @harpercollinsaustralia @alan_benson_photographer⁠⠀
⁠⠀
⁠⠀
⁠ ...

Get The Latest Updates

No spam, notifications only about new events, products, recipes and updates. 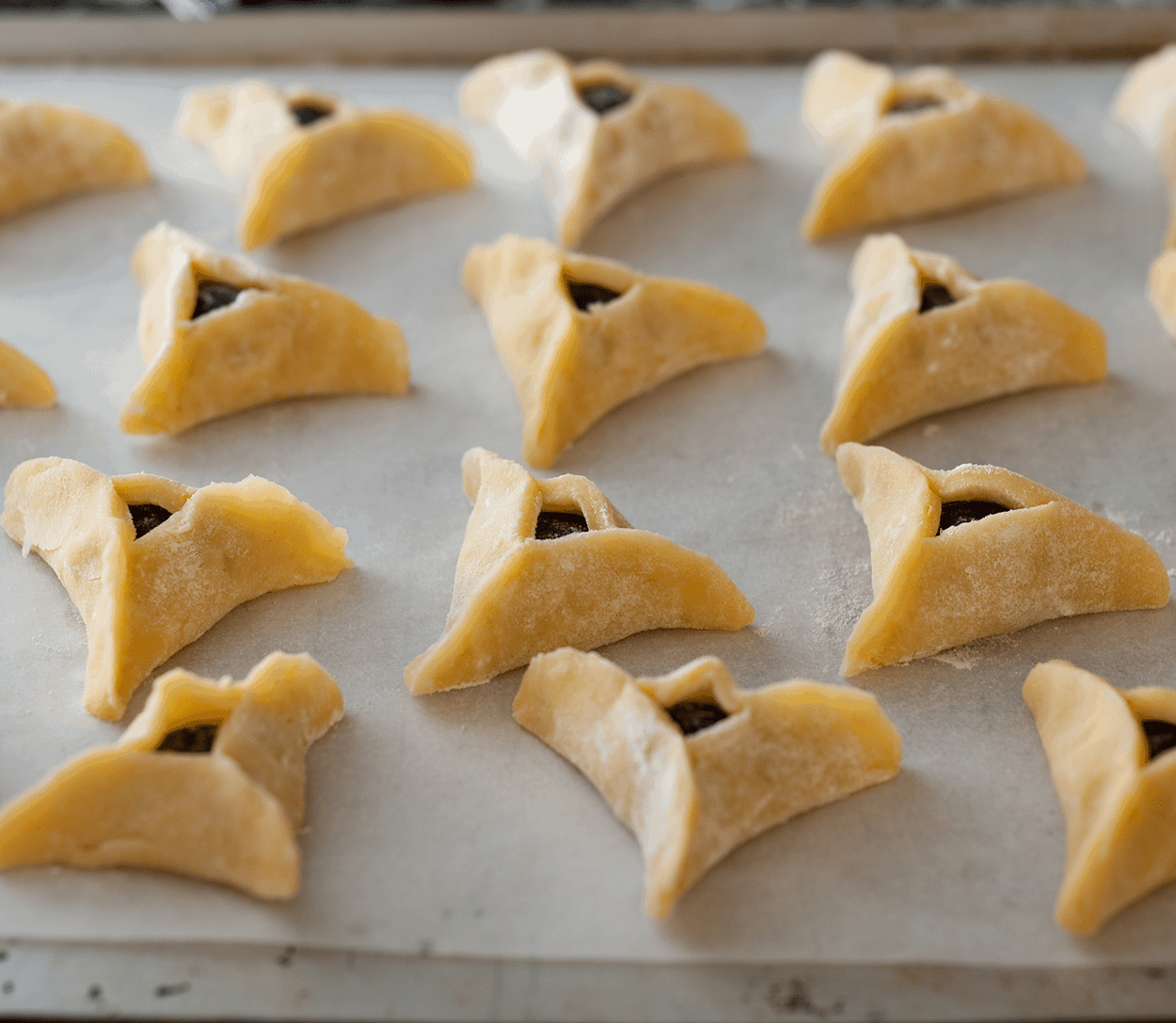 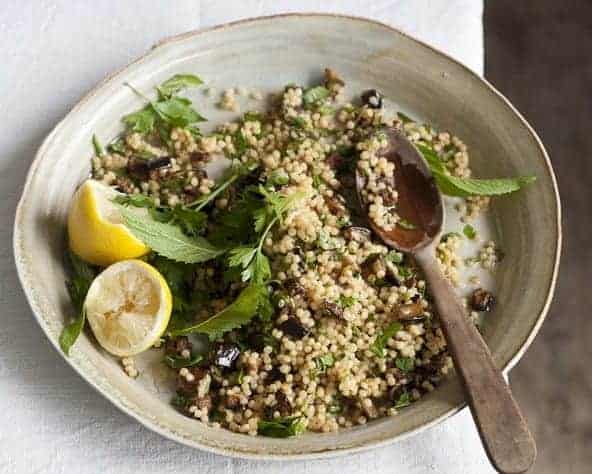 A unique and gorgeous dish for any time of the year. 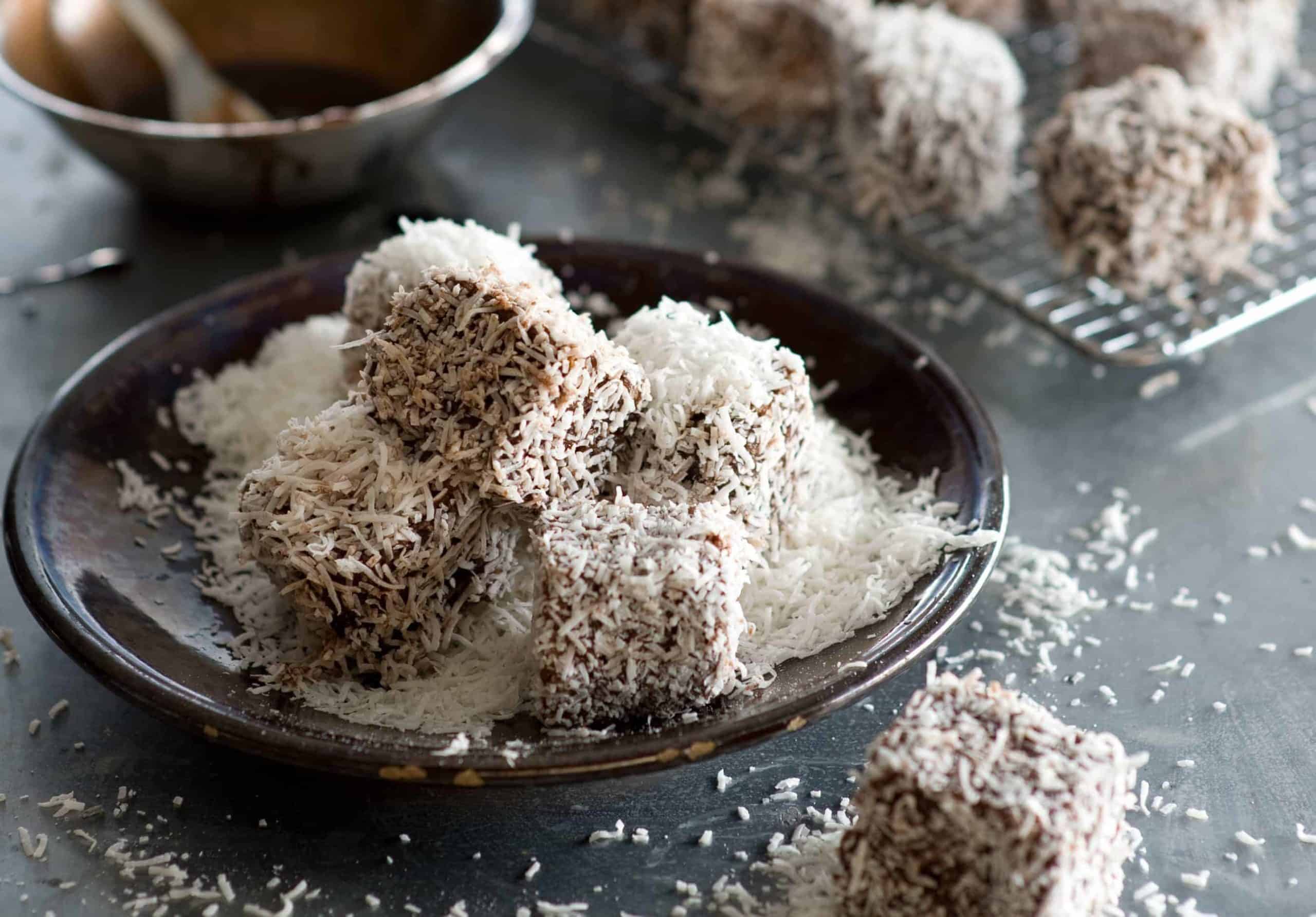 The lamington is a traditional Australian cake made of a square of white cake coated in a light chocolate icing and then rolled in coconut. The last weekend in January is a long one here in Australia and we love nothing more than a public holiday and a long weekend. Australia Day is generally a day for BBQs and swimming, beach-going and drinking beer, and eating sausage rolls and lamingtons. As usual, for us, it’s always about the food. 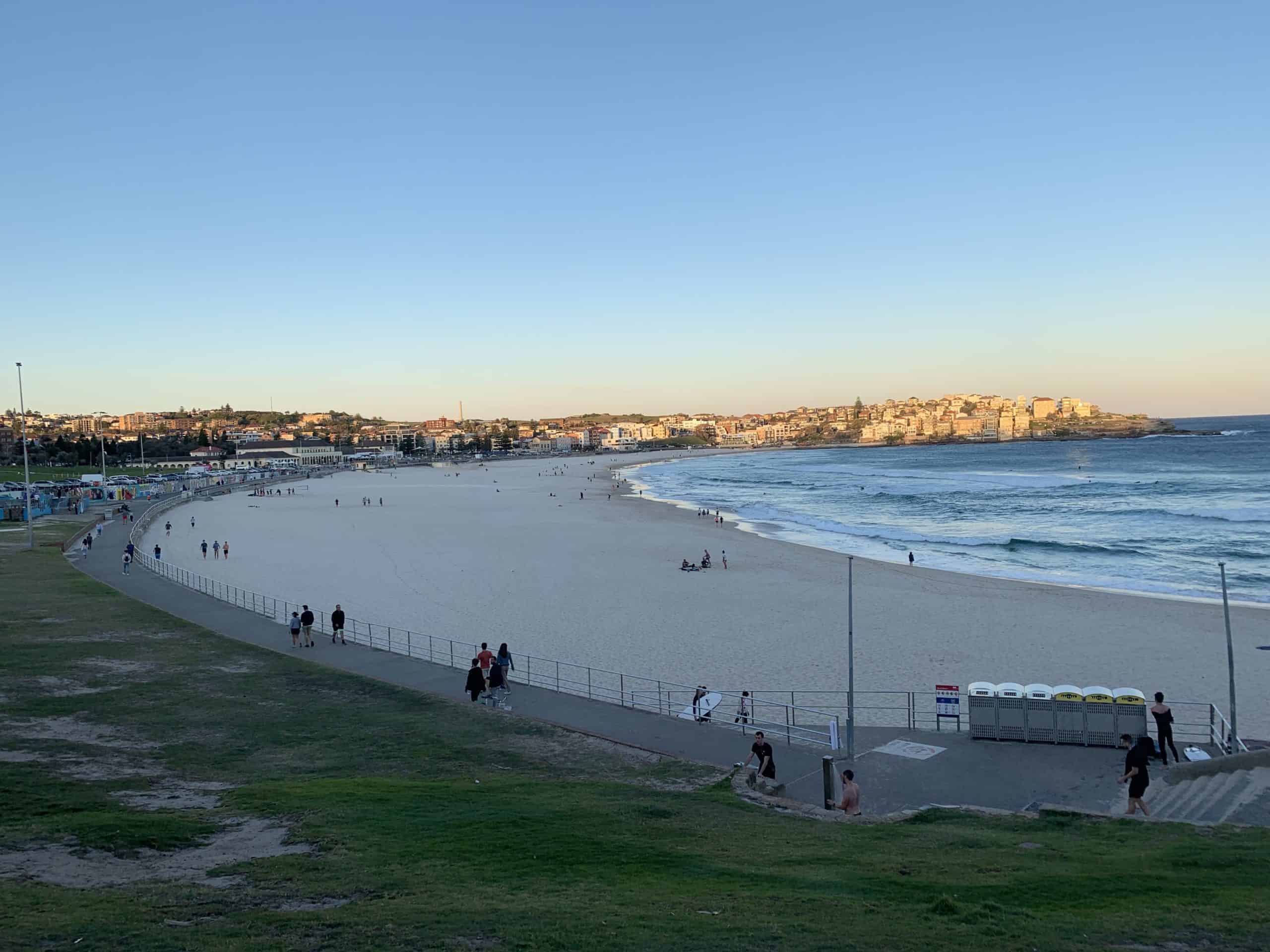 Our personal guide to the Sydney we all love.

For the latest recipes and MMCC news, subscribe to the Monday Morning Cooking Club monthly newsletter!
Your information will *never* be shared or sold to a 3rd party.